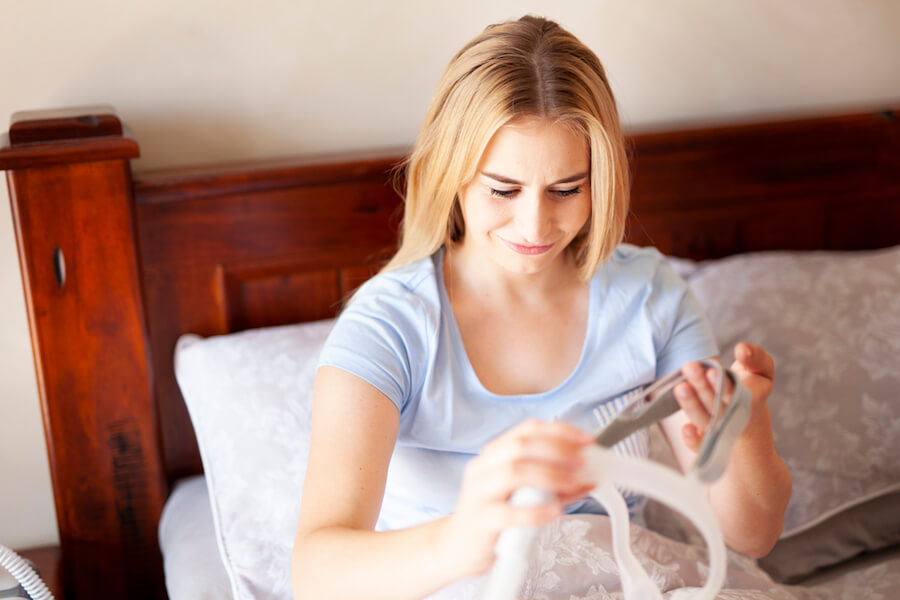 We often make light of snoring, and it’s easy to make jokes about snoring like a buzz-saw and earplugs. But snoring can frequently be a sign of a potentially hazardous disorder known as sleep apnea.

Sleep apnea is a condition that obstructs the airways. For some, sleep apnea may mean that a solid night’s sleep still results in a feeling of fatigue and exhaustion. Heart conditions and high blood pressure can also be the outcome of more severe cases of sleep apnea.

Some instances of sleep apnea have snoring as a symptom, other people don’t, and snoring isn’t always an indication of sleep apnea. Here are a few additional symptoms to pay attention to:

You may have sleep apnea if you are experiencing these symptoms and it’s probably time to make an appointment to have it examined.

Here’s what you should know about the two different types of sleep apnea:

Central sleep apnea is caused by an interruption of signals between your brain and body.

You can also have Complex sleep apnea, which is a blend of the two forms of sleep apnea.

The Risk Factors of Sleep Apnea

Family history: If somebody in your family copes with sleep apnea, you may be more likely to get symptoms as well.

Age: As you grow older, you might be more likely to get sleep apnea.

Smoking: The probability of a smoker having obstructed airways is three times higher according to the majority of research.

Obesity: The chance of sleep apnea is significantly increased when you have fat build up around your neck.

This list is not exhaustive. Sleep apnea can occur for other reasons too. If you believe you are at risk of sleep apnea, you need to get evaluated.

Can You Self-Diagnose Sleep Apnea?

You’re more likely to develop sleep apnea the more symptoms you detect. But only your doctor can make that call. In order to make a reliable diagnosis, a sleep study will usually be needed.

Once your sleep apnea is diagnosed, treatment can start to reduce your symptoms. In many instances, this will mean the use of a CPAP machine. This machine ensures that your throat doesn’t become blocked by applying air pressure to your airways.

CPAP therapies and other sleep apnea treatments can substantially increase the amount of rest and recovery you get during sleep. You’ll wake up more revived and less irritable.